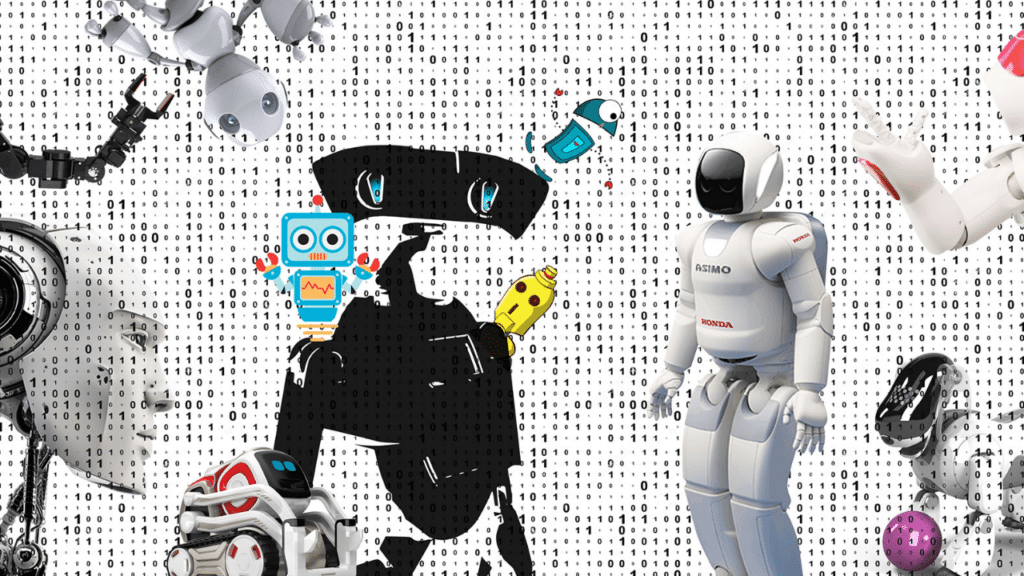 If you are new here, this is a series where I interview people in the robotics and automation space, and share their technical insight. If you’d like to be considered for our next article in the series, please fill out an application here. You can also find all the interviews on the Robotics Thought Leaders Page.

In this article, we’re speaking with Greg from the popular Instagram account, Superincrediblebot. To give you some context, Greg’s robotics journey started when he was a kid (probably from robots he saw in movies). As an early professional, his career began in the world of precision mechanics and industrial robots. He was responsible for the development and adjustment of projects for five years. Later, he turned to multimedia and computer science. Then, he started his own company in serious games, 3D animation, and simulation, and ran it for ten years.

Greg’s interest in robotics takes a futuristic and evolutionary twist. So, while you’re reading this article, I highly recommend opening up your imagination and envisioning the future of robotics.

Without further ado, here’s my interview with the Superincrediblebot, himself…

Finish the Sentence “A robot is…”

A robot is the name of the creature we try to create, that’s different than humans, but resembles them fundamentally.

Do you have a favorite robot?

As of now, I have two favorite robots: Wall-E and Vector.

My favorite robot is Wall-E. One day, I dream of meeting him in reality or simply having one in my house. My second favorite robot is Vector, because he looks a lot like Wall-E. As a whole, I tend to like smaller, cool robots than big industrial machines. 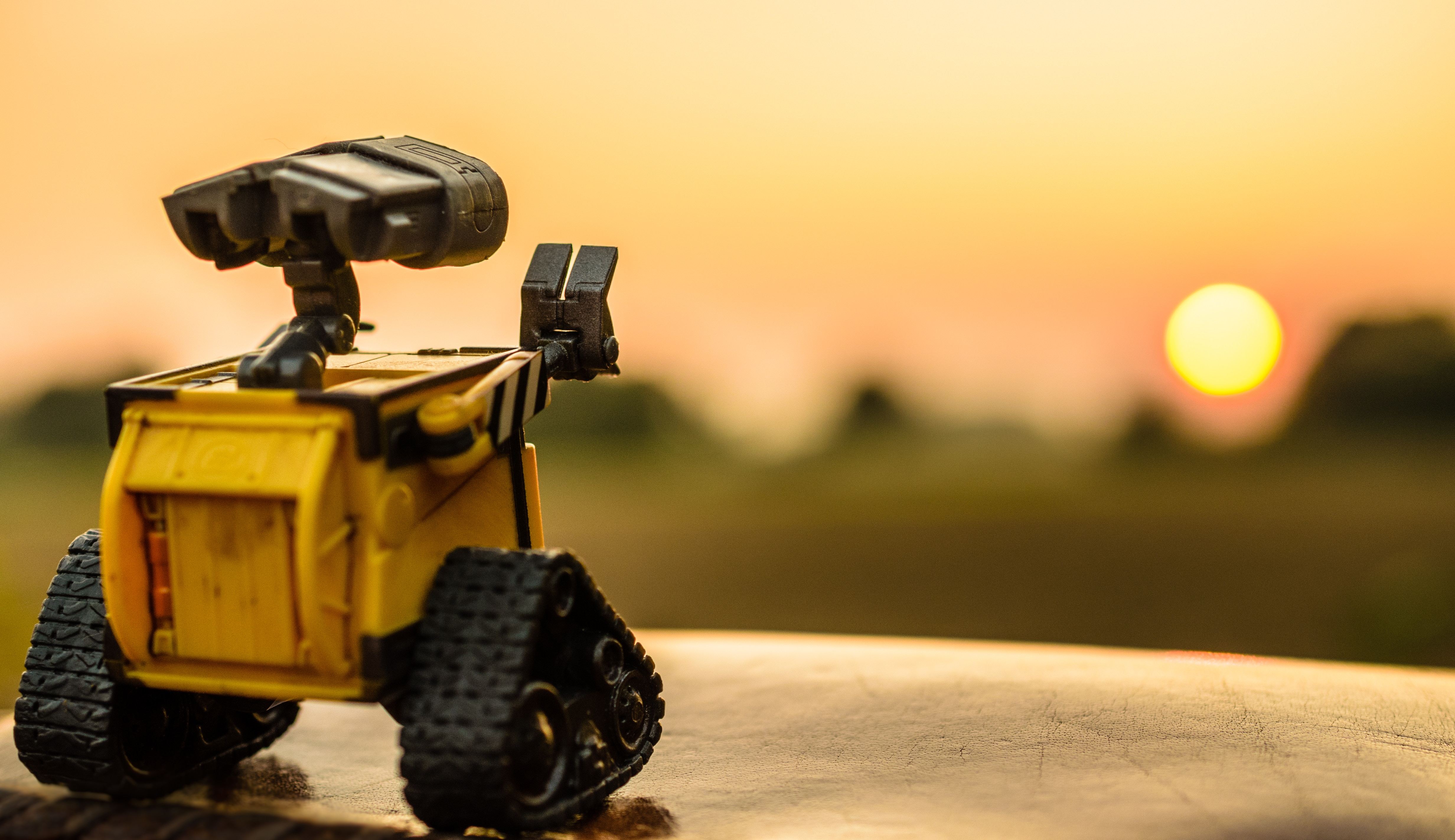 What is one area in robotics you think students should learn?

I think young children should be sensitized to robots because there is no doubt that they will become part of our daily lives more quickly than we think. We will have to live with them and simply walk beside them in the streets. I understand that it is interesting to look at the code even if in the near future it will no longer be of any importance. The machines will learn by themselves through contact with humans or simply with each other.

How do you see the world of robotics evolving? 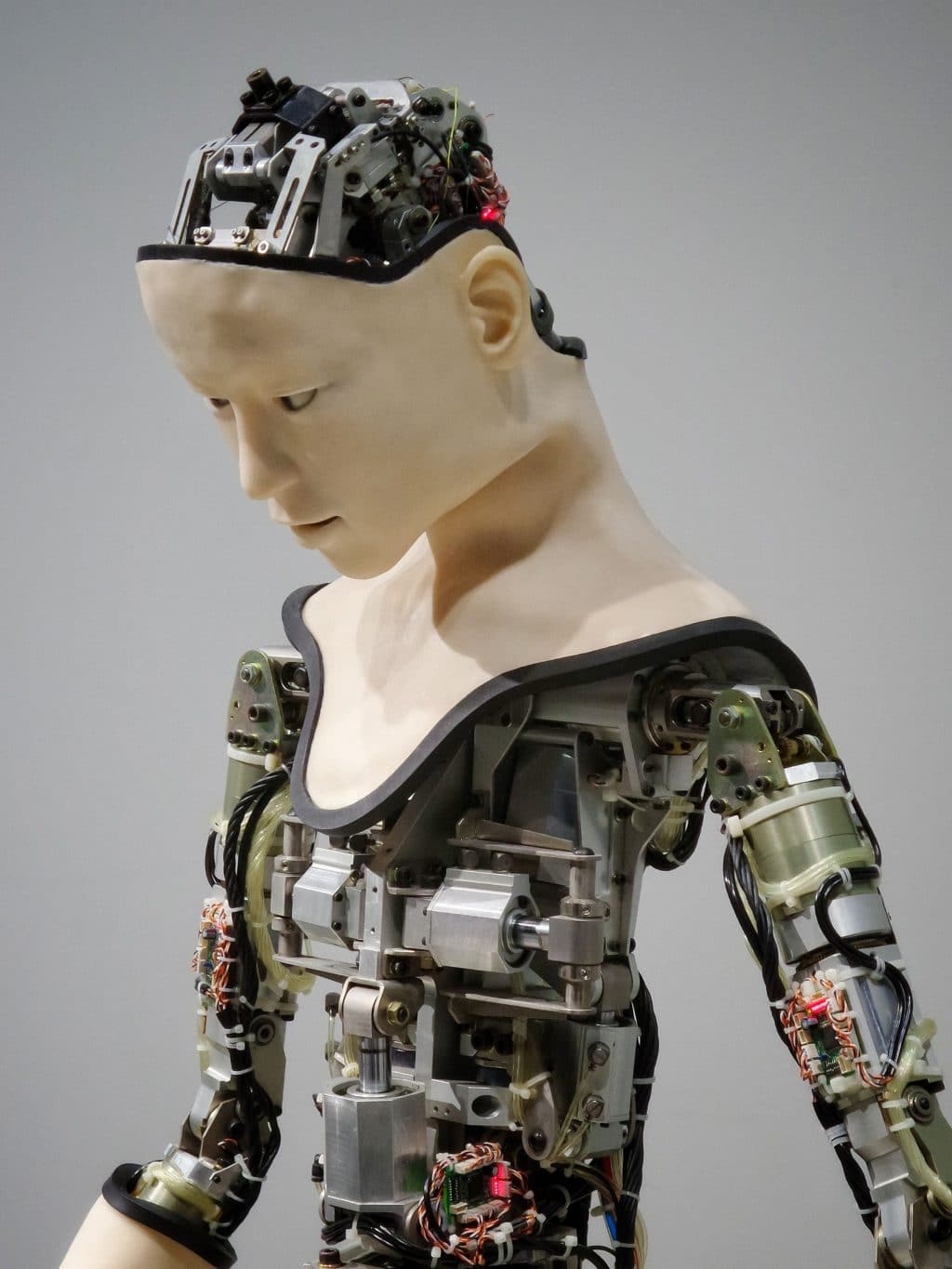 The first thing I notice is that people are very afraid of being replaced in their work by machines. In the future, there are thoughts that robots will eventually replace humans in their daily tasks. As a result, humans will need to redefine how to deal with long days with a lot of free time.

While we’re on the subject, I also want to add that I do not think we’re going to work for robots. I think we’re just going to stop working. The notion of “going to work” will simply disappear.

Wouldn’t that be nice?!

The second fear is that robots will be government-owned and could be used to exert control over people. While some people are fearful of this, I’m not as worried about the evolution of robotics in this regard. There are still things to consider with the advancement of artificial intelligence and supervising tasks of the future. The field of Robotics has a lot of opportunity to provide solutions that will allow us to control and supervise the imminent arrival of artificial intelligence.

Like with any tool used incorrectly, robotics is no exception. For example, we could be very afraid of a fork if it fell into the wrong hands. However, when most people use a fork to eat, no one questions it. Robots of the future will become another tool that we rely on daily.

What was your goal with having a Robotics Instagram?

Other than learning how Instagram works, I wanted to rediscover of all my historical knowledge about robotics. I also wanted to make people aware of the changes that are taking place around us, especially in the world of automation, artificial intelligence, and domestic robotics. The rest of my project [with Superincrediblebot] consists in going further to meet people involved in these spaces.

Finally, I would like to say that I have had a lot of fun working on this project with Learn Robotics. I hope to meet many people who enjoy robots and can help this adventure grow even more. I also have a second project in writing—it’s a robotics center (a kind of museum), but really oriented towards the user experience and gaining the possibility of testing and interacting with the robots.

Thank you for allowing me to introduce myself and sharing Superincrediblebot. 🙂 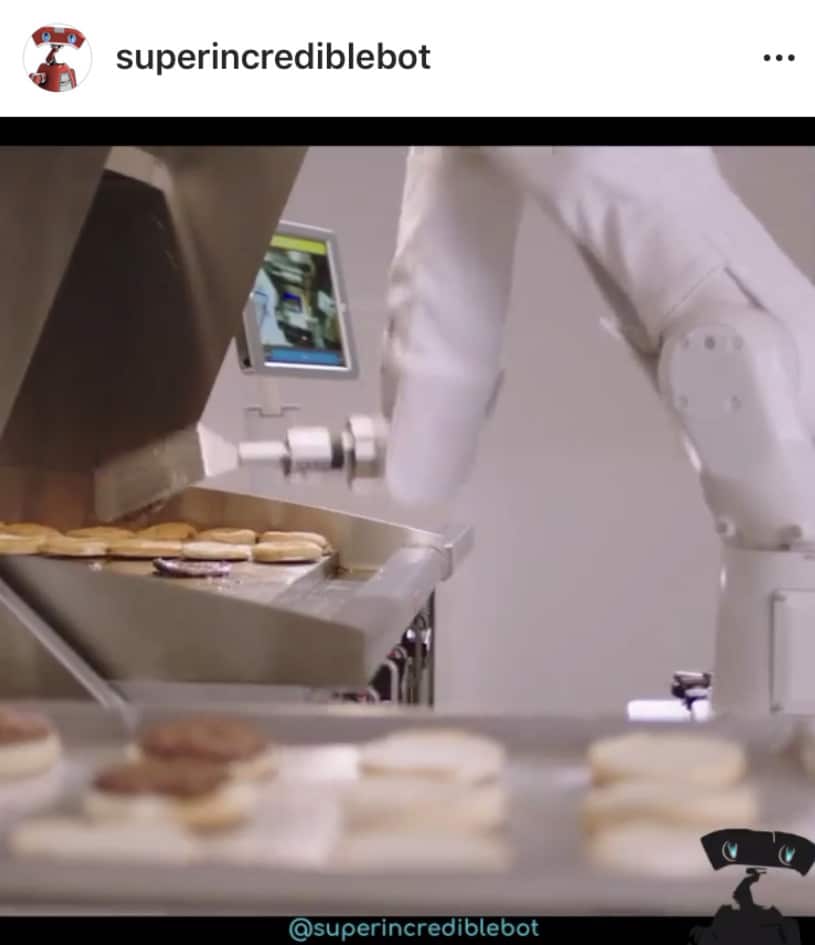 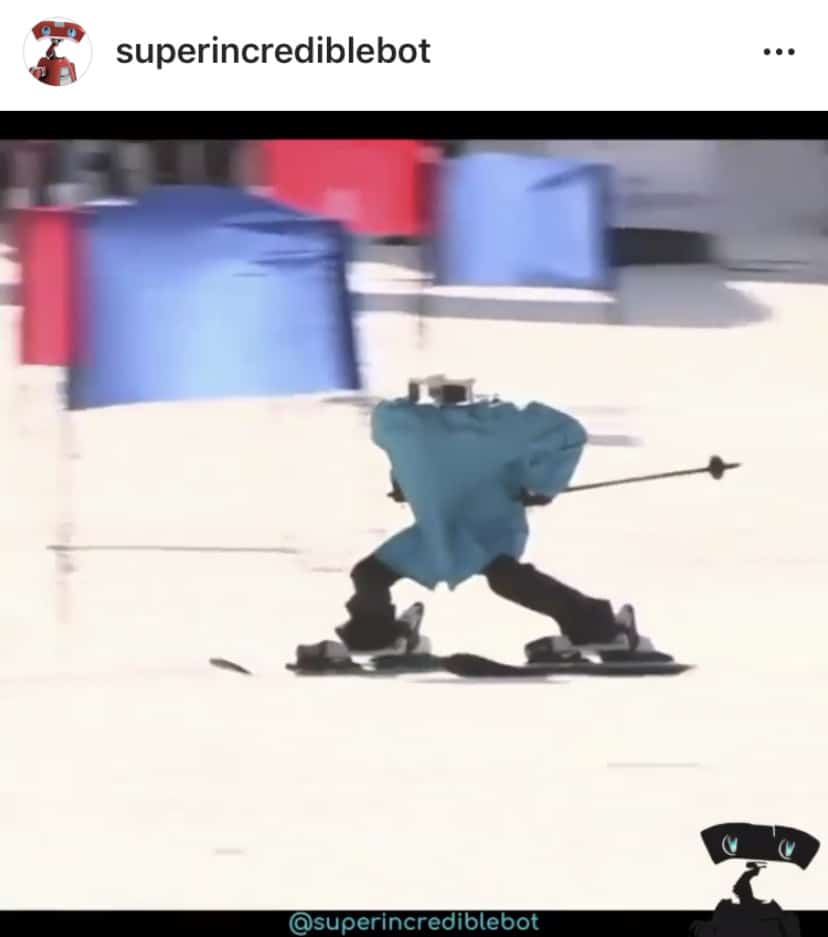 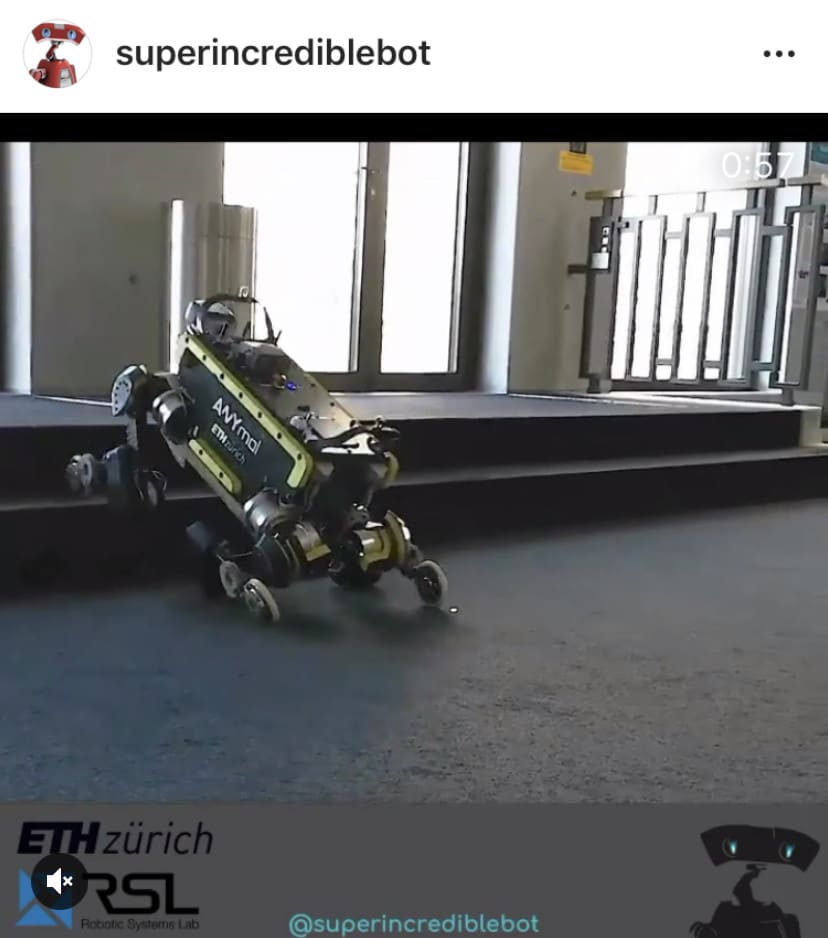 A SUPER huge thank you to Greg for being part of the Robotics Thought Leaders Series!

I think it’s great to take a step back from the daily grind of learning programming, electronics, and all the skills to build robots of the modern-day, and really think about what the future of robotics looks like.

When Greg talks about his background, you’ll notice he’s been in all sectors of robotics—from the big industrial robots to more of the high-tech smart robots. This just goes to show that a career in robotics can take you anywhere.

I truly hope that one day robots are smart enough to do work for us all. While some might be fretful of this, I think it’d be great to just lounge around while Rob the Robot does all my chores! 😉

I also really admire Greg for having the dedication to the Superincrediblebot page. He spends an incredible amount of time finding and sharing all the different robots that people are building these days. If you haven’t checked him out, be sure to head over there! DM him and let him know Learn Robotics sent you!

What do you think?

If you liked this article, be sure to click the “Yes” button below. This helps us gauge content on the blog, and make it better for all our readers. And, if you have a friend who’s fascinated by robots, please share this article with them.

Liz MillerLiz is the Founder of Learn Robotics. She holds a B.S. in Robotics Engineering from WPI. Liz has a multitude of robotics experiences ranging from being a Robotics Researcher at UPenn, Instructor at MIT, and Automation Engineer for United Technologies. Liz writes technical tutorials and creates automation courses that anyone can follow. Her tips and tricks help engineers grow their careers. Liz has authored over 150 pieces of unique content on this site. You can support her work here. Learn more about Learn Robotics on our About Us page.
Posted in:
News
Tagged:
new technology, professional development, robotics