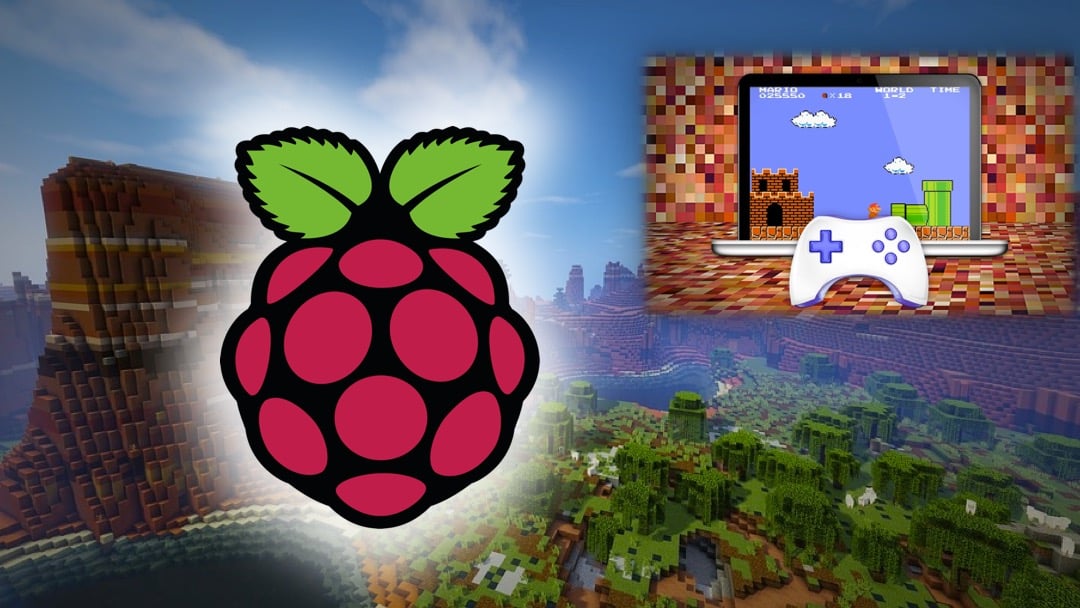 Oftentimes, parents ask me what projects or activities they can do with their kids to get them excited about tech. And, while there are so many ways to approach this question, I usually recommend working on a project together. So, to make things easy, I created a list of the best Raspberry Pi projects for kids to help you get started.

Regardless of whether you’re lucky enough to be the proud parent of a wiz-kid, or not, younger kids need additional help and encouragement when it comes to tech. If you have a kid under the age of 10, I recommend working on the Raspberry Pi projects together. The goal is to expose younger kids to technology rather than training them to be coders.

If your kid is older than 10, then try to give them open-ended challenges or invest in Raspberry Pi kits that will allow them to continue learning with Raspberry Pi on an intermediate level. This is especially useful if your kid wants to join a robotics team or even apply to engineering school.

In this article, we’re going to explore what the Raspberry Pi is and five fun Raspberry Pi projects that you can do with your kids to get them interested and working on tech.

But first, what is the Raspberry Pi?

What is Raspberry Pi? 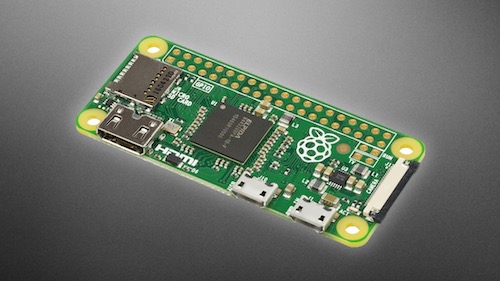 There are many flavors of Raspberry Pi (pun intended) including the following:

How to get started with Raspberry Pi Fast

The easiest way to get started with Raspberry Pi is to pick up a Raspberry Pi and start working with it. In most cases, there’s no replacement for hands-on experience, and setting up the Raspberry Pi isn’t that hard.

First, install any of the Raspberry Pi operating systems onto a micro SD card. Then, place the micro SD card into the Raspberry Pi. Next, connect a computer monitor and your peripherals. Finally, attach the power supply and watch the Pi boot up. I have a guide on this that you can use if you need more help.

The Raspberry Pi was designed for both hobbyists and engineers; however, because they’re so affordable, the Raspberry Pi has made its way into classrooms and homes around the world. Once you’re set-up, check out this list of easy (and fun) Raspberry Pi project ideas!

One way to ease your kids into technology is to have them build a computer. I’m not talking about hardcore gaming computers either. What used to be an expensive and confusing process is now affordable and straightforward. There are a few computer kits you can purchase that guide you through the process of assembling a computer.

The Piper Computer Kit is designed for kids ages 8+ and uses a Raspberry Pi 3 B+. It contains all the parts and components including a 1024×600 screen and a carrying case for easy transport. After the computer is built, kids can learn to program in Python, or complete a variety of included coding challenges.

Another option is the Kano Computer Kit or Kano Tablet Kit. This system is designed for kids ages 6+ and you don’t need any technical knowledge to set it up. The Kano Computer Kit includes a rugged case for the Raspberry Pi 3 B+ and a wireless keyboard. It plugs into any computer monitor or TV with an HDMI port. The Kano Tablet Kit shows you how to build your touch screen tablet. Plus, the included step-by-step book is catered towards kids with easy-to-follow pictures and step-by-step instructions.

Alternatively, you don’t need one of these computer kits to build a Raspberry Pi computer. You could pick up a Raspberry Pi 3 B+ (or Raspberry Pi 4) kit and add your keyboard, mouse, and monitor. However, you get what you pay for because these kits take the guesswork out of using Raspberry Pi.

Remember those old N64 games like Mario Kart? Well, you can bring those back to life by building a Raspberry Pi Retro Gaming System. All you need is to flash an SD card with RetroPie or install it on an existing Raspbian OS, load your games, and play away.

There are Retro Gaming Raspberry Pi kits you can buy, or you can DIY and create your desktop or free-standing arcade. Some cool options are the cabinet gaming kit, the hand-held Raspberry Pi game hat, and the Raspberry Pi arcade set.

If you plan on having a lot of games on your Raspberry Pi arcade, I recommend buying the Raspberry Pi 4 4GB for a better gaming experience.

Did you know that there are more than 176 million copies* of Minecraft floating around the world today? Minecraft is a popular and addictive game where players explore, craft, and battle in a 3D world. Build structures using the traditional method, or unlock the coding languages to manipulate things in the game world. 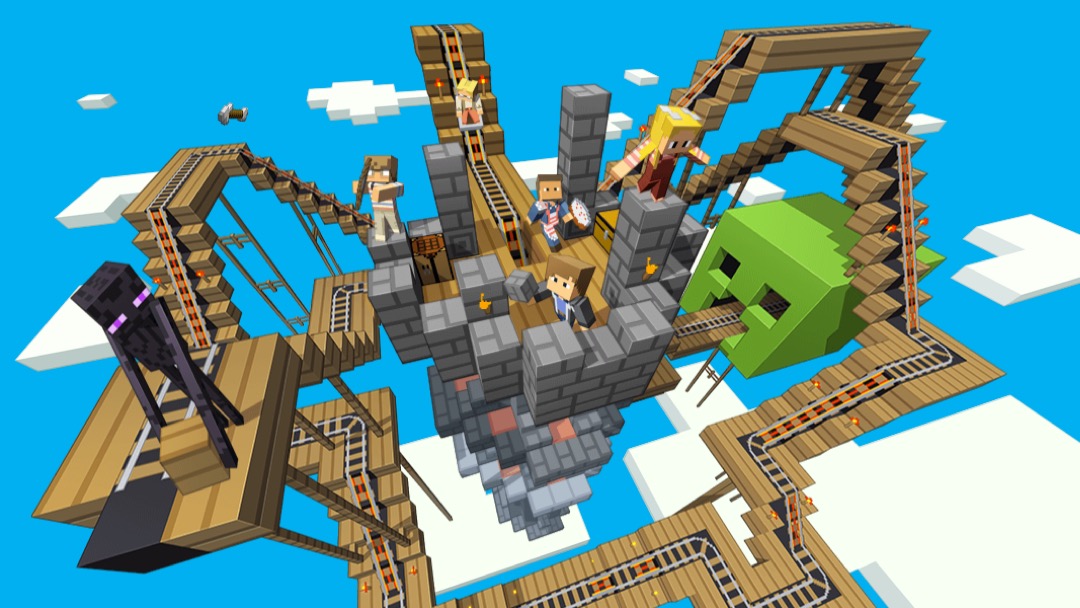 While there isn’t a specific goal of the game, Mindcraft is a great way for kids to learn how to be creative and gain the preliminary skills needed for problem-solving and computer programming.

The Raspberry Pi is a great platform to learn to code. Create animations or use the General Purpose Inputs and Outputs (GPIO) to interface sensors. Some popular, kid-friendly, programming languages are Scratch and Python. Or you can follow along with the Physical Computing Tutorial to take advantage of both programming and electronics with the Raspberry Pi.

Now we can talk about robots! The Raspberry Pi provides more options than the Arduino when it comes to developing robots. You can control what programming language(s) you use; how you interface the sensors, and whether or not you want to add cameras for image processing or object recognition.

Even though there are more options for robots that use a Raspberry Pi, that doesn’t necessarily mean that Raspberry Pi robots are better. If you’re completely new to robotics, then Arduino will be a little bit easier to learn. However, if you’re more advanced, or already built an Arduino Robot, then I definitely recommend using the Raspberry Pi for your next robotics project. 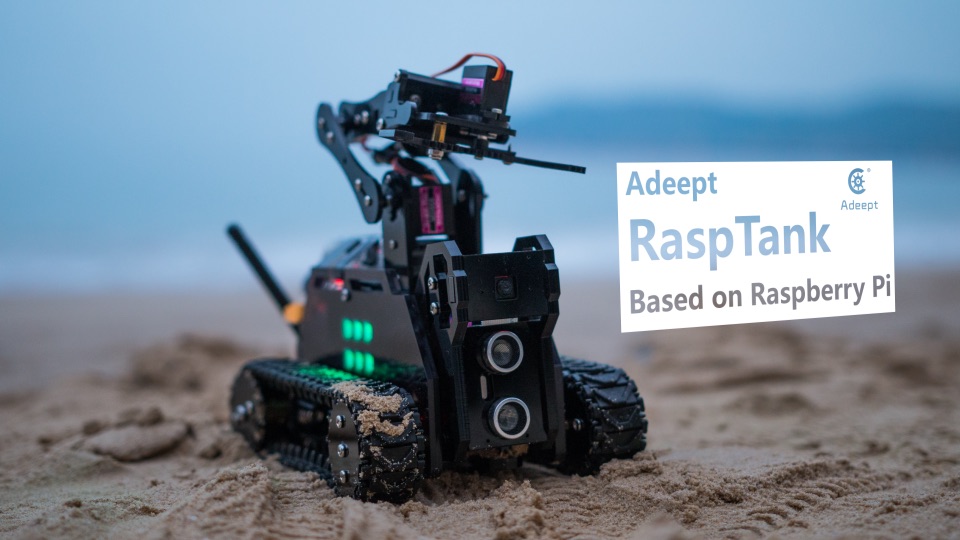 There are many different robots you can build. Mobile robots and Robot arms are just a couple of examples. The nice thing about using a Raspberry Pi is that you can focus more on developing code for the robot because you have more processing power than an Arduino.

If your kids are in High School, some intermediate to advanced topics are object recognition and machine learning. Amazon has a great selection of Raspberry Pi robot kits if you’d rather focus your energy on code development rather than mechanical design. The Adeept RaspTank, Adeept RaspArm, and the Yahboom Raspberry Pi AI Robot are a few kits to check out.

The crazy part is this is just a small subset of Raspberry Pi ideas. Try one, or try them all. You can even get a workbook with even more projects to try.

Either way, the best Raspberry Pi projects for kids are projects that your kid will enjoy doing.

What Raspberry Pi project are you going to try next? Let me know in the comments below!

Liz MillerLiz is the Founder of Learn Robotics. She holds a B.S. in Robotics Engineering from WPI. Liz has a multitude of robotics experiences ranging from being a Robotics Researcher at UPenn, Instructor at MIT, and Automation Engineer for United Technologies. Liz writes technical tutorials and creates automation courses that anyone can follow. Her tips and tricks help engineers grow their careers. Liz has authored over 150 pieces of unique content on this site. You can support her work here. Learn more about Learn Robotics on our About Us page.
Posted in:
List of Projects
Tagged:
Beginner, kids, Raspberry Pi