Blinking LED’s is a staple example of beginner Arduino programming. In this tutorial, we’re going to step it up a notch and use both arrays and the random() method to determine which LED to turn on and off for a duration. 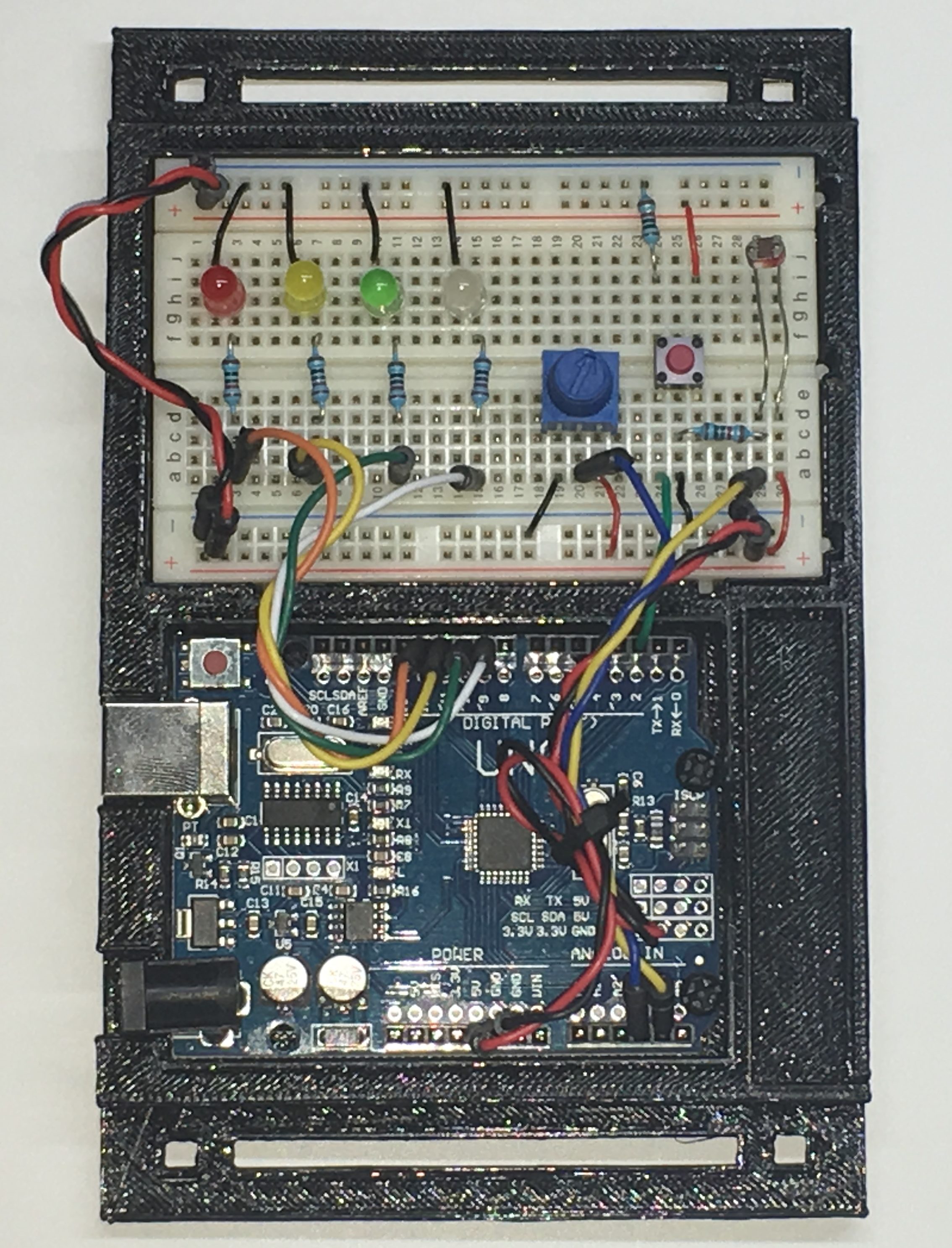 Here’s a kit you can use which has all the components.

Amaze your friends with this randomized LED generator

This project is not only fun, but it’s rather straightforward. We will wire the LED to a digital input pin on our Arduino. Then, we’ll send a signal to the pin we want to trigger. This will serve as the “random” LED.

Grab your materials, and let’s wire up the circuit.

Define the process before writing any code

We’re going to start by mapping out the process of how this device should work.

First, we want to determine which LED should turn on. We will use the random() method from the Arduino Library.

Next, we want to determine which color has been selected. We can use an array of Strings for each color name to identify the selected LED. We can initialize the Serial Monitor and then print out the color once it’s been selected.

Finally, we’ll turn the chosen LED on and off using the same strategy as the Blink example sketch, digitalWrite(...) and delay(...).

For clarity, I’m going to wrap this all up into a separate method and then call the method in loop(). You’re more than welcome to include the code in loop(), but I think it looks cleaner writing a separate method.

Translate your process into Arduino code

Now that we have ourselves a roadmap, we’ll open up the Arduino IDE, and translate the process into code.

Start by mapping your LED’s

I always recommend creating global variables for all Inputs and Outputs connected to your Arduino board. Then when you want to use that sensor or device, it’s already defined within your code!

Also, call pinMode(...) for each LED. They’ll be OUTPUTS in this case, since we are sending data from the Arduino to the outside world. Then, initialize the Serial Monitor, by calling

We’ll use this to print out the color on the Serial Monitor.

The color of the LED will be stored into an array of Strings.

An array stores values in an indexed list. That means, we can call the array variable, led_colors using an index number 0-3. In computer programming, you start counting indexes at 0. Therefore, white is 0, green is 1, yellow is 2, and red is 3. So, if you want to get the value green, you’d reference led_colors[1]. We’ll expand on this concept to print out the color name once we obtain the randomly generated LED pin.

Select a Random LED and identify the color from the array

The random number we’ll select will be between 9 and 13 because we have LEDs plugged into these pins. Then, we’ll map the selected number 9-13 to the range 0-3, which will form the index of the color_map array. Next, we can print out the color using the mapped index, our led_color array, and the Serial.print(...) command. Finally, we turn the selected LED pin HIGH (on), delay for 1/2 second, then LOW (off), for 1/2 a second.

This is the code we obtain once we piece it all together.

Call the random_led() method in loop(). Then upload the code to your Arduino & test it out!

Toying around with this new dev setup that I made for an upcoming Arduino class and thought it’d be fun to show you how I’m randomly selecting an LED to turn on while simultaneously printing out which color has been selected. . . If you know coding then this is fairly straightforward, feel free to skip the rest of this post, but if not, read on and I’ll share some tips on how to make this work. . . 1. Create an array of size 4 to hold names for your led colors. . . 2. Generate a random led using the random method. 🔢 . . 3. Map the random number to an indexable number 0-3. This will be used to pull the color name out of the array. . . 4. Turn the random led On for 1/2 second 💡 . . 5. Turn the random led Off for 1/2 second. 🚫💡 . . 6. Dump this code into your loop method. Make sure you’ve begun the serial monitor in your setup method. . . 7. Upload and watch the randomness at work! 😝😂 . . Questions? Drop them below👇 . . #learnrobotics #sundayfunday #arduino #led #breadboard #code #c #robotics #ledlights #digital #funwithcolor #colors #funtowatch #random #randomnumber #serial #usb #arduinouno #tips #demonstration #wpi #engineer #weekend #nerd #girlswhocode #roboticsengineer #arrays #mapping #sensors #automation

If you liked this tutorial, you’re going to want to check out our Arduino Projects Workbook. Build over 20+ hours worth of Arduino Prototypes that are built with Arduino and common electronics. You won’t want to miss this!

Liz MillerLiz is the Founder of Learn Robotics. She holds a B.S. in Robotics Engineering from WPI. Liz has a multitude of robotics experiences ranging from being a Robotics Researcher at UPenn, Instructor at MIT, and Automation Engineer for United Technologies. Liz writes technical tutorials and creates automation courses that anyone can follow. Her tips and tricks help engineers grow their careers. Liz has authored over 150 pieces of unique content on this site. You can support her work here. Learn more about Learn Robotics on our About Us page.
Posted in:
Premium, Robotics Tutorials
Tagged:
Arduino, breadboard, cool projects, electronics, just for fun, LED