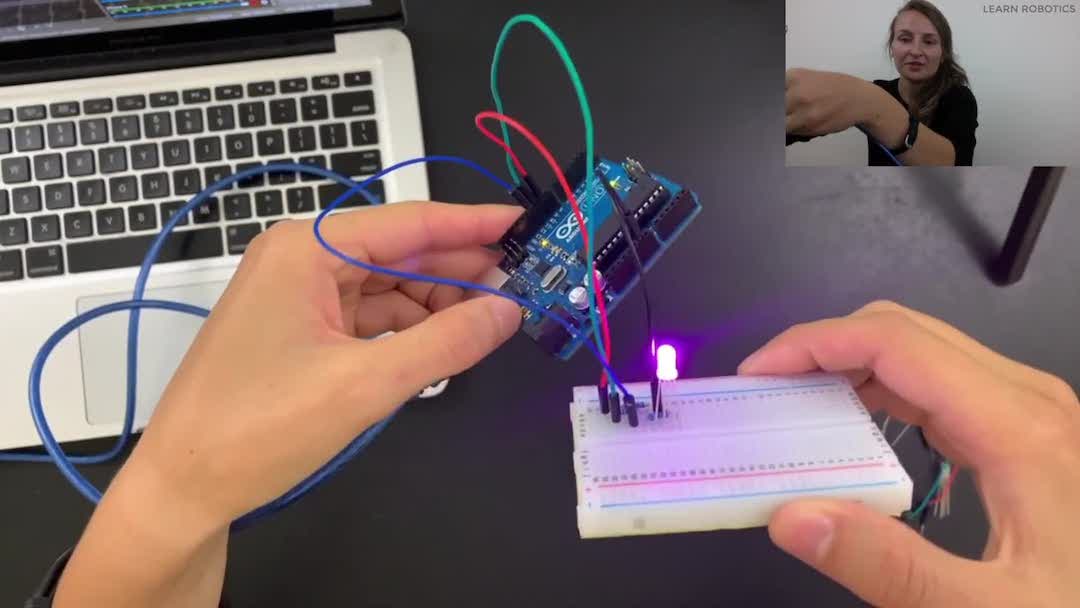 RGB LEDs can be used to display a variety of colors without the need to wire multiple different colored LEDs at once. In this article, I’ll show you how to wire and program an RGB LED using Arduino for your next technicolor project.

The RGB LED project was featured in Episode 1 of our Special Topics Robotics Course.

Here’s a list of what you’ll need for this project:

We can use the wiring diagram to connect the RGB LED to our breadboard. First, place the LED on the breadboard so that all four pins are in different numbered columns. 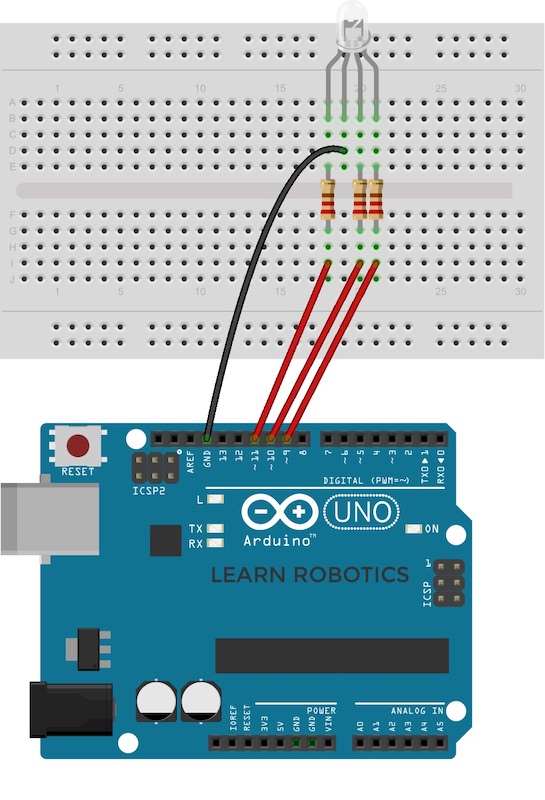 Most LEDs have a polarity. This one has a common cathode configuration, which means we’re going to be plugging the longer leg into the ground.

Then we’ll connect the remaining legs from left to right (red, ground, blue, green). Double-check your LEDs datasheet to ensure you have the proper configuration. 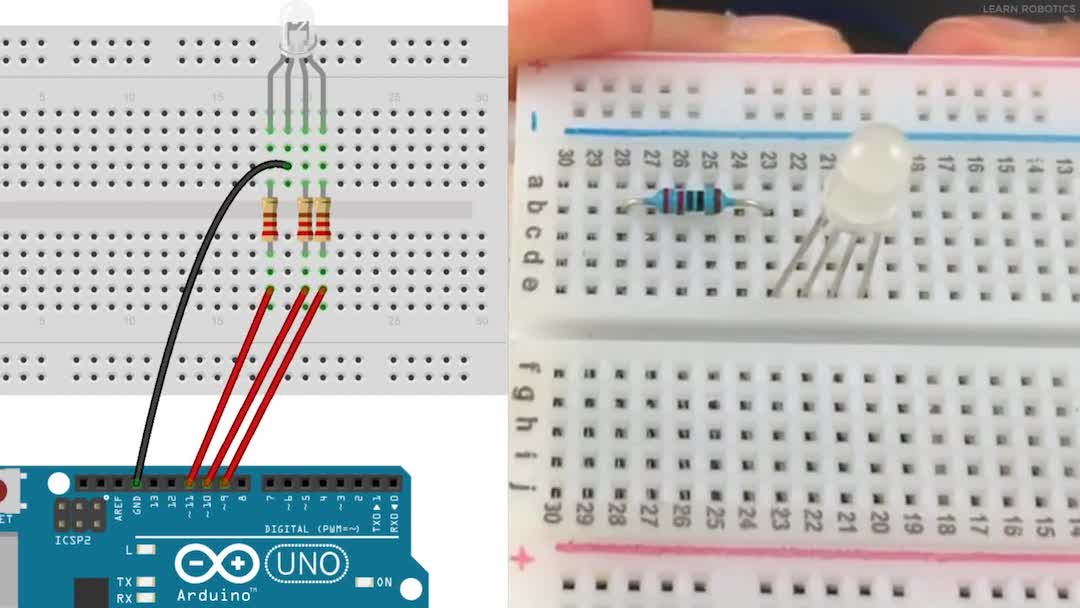 Next, add the resistors to the breadboard. Each color pin needs its resistor. This is to limit the amount of current that the LED is getting so that we don’t burn it out.

Tip: When you place a resistor on the breadboard, make sure it sits flush. Use a pair of snips to trim the resistor before fixing the resistor in the circuit.

Here’s what it should look like when you’re finished: 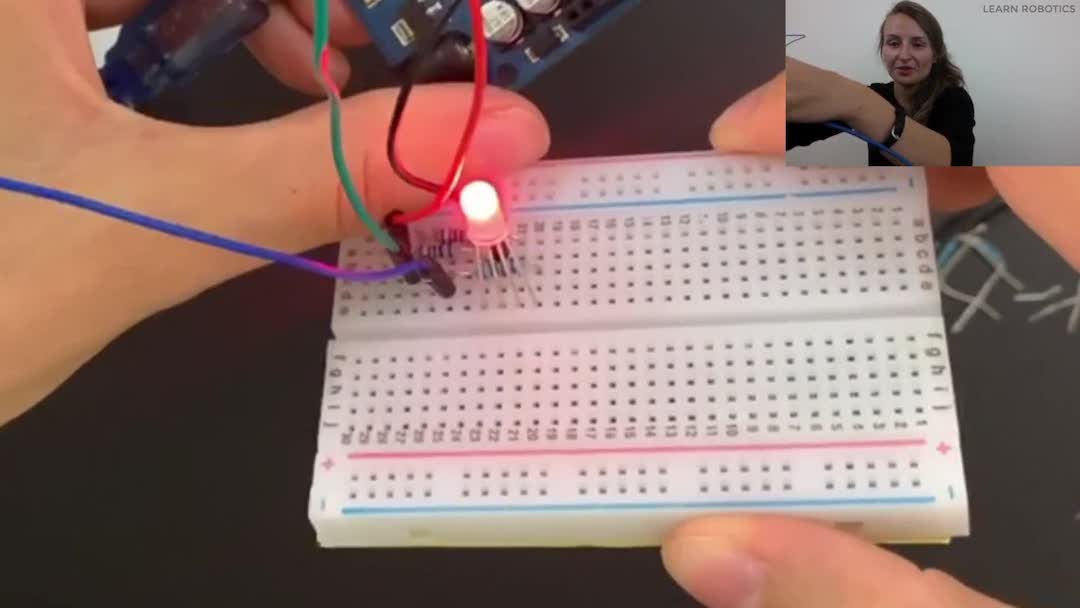 If you want, you can also snip the pins on the LED so that they sit closer to the board.

For more permanent projects, I highly recommend trimming the legs to keep them closer to the board. (Keep the ground pin a little longer so that you can keep track of the orientation.)

How to use RGB LEDs

There are many projects you can do with RGB LEDs; however, the most popular is creating light shows. Let’s explore RGB color patterns by using an RGB color picker.

We can create a map between the red, green, and blue values to create custom colors. Then, we can use delays to develop transitions and patterns.

Now that we have everything wired up, it’s time to head on over to the software. If you’ve never used Arduino before this is a good time for you to check out the four steps to write an Arduino Program.

A Brief Overview of Coding Arduino

Arduino populates two methods automatically: setup() and loop(). These methods are required, which means you have to have them in your code for it to compile.

The setup() method is like an initialization routine. The loop() method is similar to the main method. It gets executed from top to bottom sequentially, and then when it gets to the bottom it goes back to the top and it runs through the code again.

Program an RGB LED with Arduino

First, let’s map the pins that are plugged into the signal lines. Create three variables for each LED color. The first pin is for the red color, so I’ll call it redPin and set it to 11.

You can use any of the PWM pins for this, just make sure that all of the signal pins are plugged into a PWM pin so that we can control the colors later. For the blue and green pins, I’ll create variables equal to 10 and 9, respectively.

Next, go into the setup() method and set all of the signal pins equal to OUTPUTS using the pinMode() method. The LEDs are going to be taking information from the controller and sending it to the environment, which is also known as an output.

If you’re confused about inputs and outputs, you can learn more about them here, or you can check out my Arduino for Beginners course that’ll go more in-depth on the different sensor types.

If you’ve ever worked photo editing or graphics programs like Photoshop or PowerPoint, or if you’ve ever used any tool that has a fill button, you’ll notice that colors are represented using an RGB or a Hex value.

You can use RGB color values to set the color of your RGB LED. All you need to do is set your red, green, and blue values (from 0 to 255), and the LED will light up according to that color code.

First, open this color picker, and then look in the bottom left corner for the RGB values. 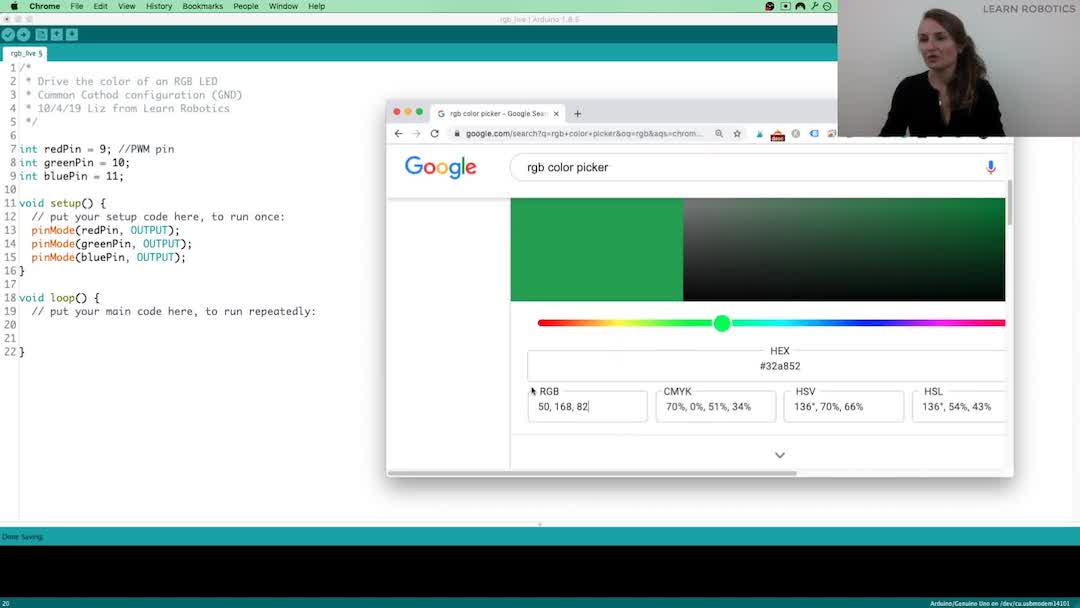 Play around with the slider wheel and select a color. The closer you are to the red, green, or blue colors, directly, the better the color is going to look on the LED.

That’s based on resolution and also how our eyes interpret colors, but for the most part, the purpose of this activity is to show you color mapping, and then using the Hex codes to create RGB LED color patterns.

Once you have a color you like, jot down (or remember) the RGB values. We’ll use these to program the RGB LEDs in just a minute.

The Arduino has an 8-bit PWM output command that we can use to write the Hex values to the signal pins on the LED. It’s called analogWrite(...).

We’ll repeat this code for each of the colors to create a combination. So, if you wanted to command the RGB LED to red, then you’d use the following lines:

Store these in your method, and upload the code to your board. The LED should be red.

If it’s not, be sure that you’ve assigned the proper pin values to the redPin, greenPin, and bluePin variables. Also, verify that each of the pins is connected to PWM pins on the Arduino.

While it’s pretty easy to command colors, writing those same three lines of code repeatedly can become troublesome. I recommend converting these commands into a method that you can call with input parameters. 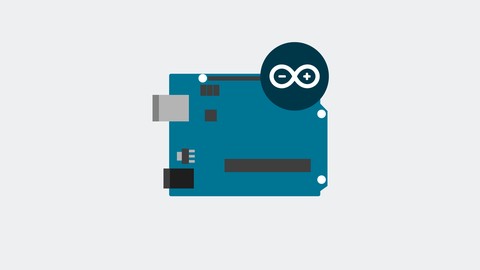 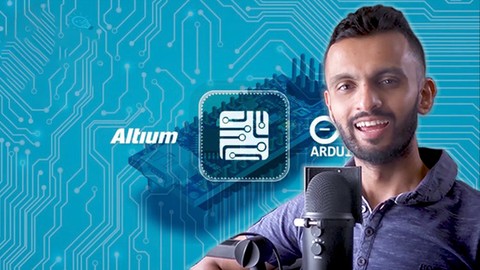 Rather than writing a single line to command each color, we can write one line that includes all three values for red, green, and blue. Let’s store this in a method called setColor(...).

Then, if we want to set the RGB LED to green, we can use the command as follows:

And that’s it! Call the method in loop() and upload the code to your board. 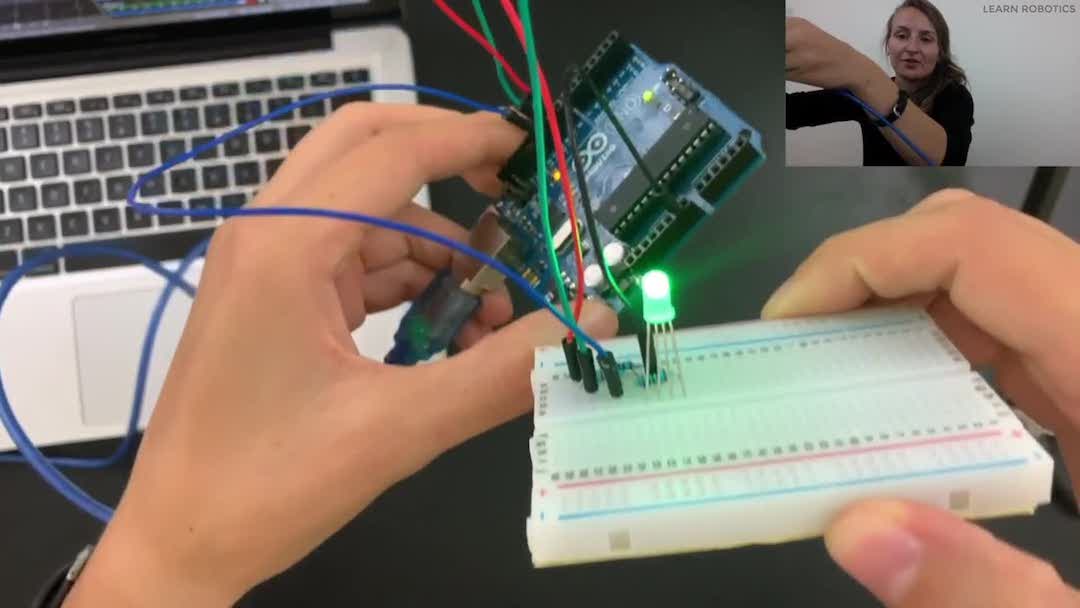 You can use this method and a for-loop to fade the LED different colors and add delays to control how fast the sequence is.

Combine this project with the random() method to create custom light shows.

Did you try this project? Let me know what you made in the comments below.
You can also watch the full lesson from Special Topics Robotics Course when you enroll in the Free Robotics course.

Liz MillerLiz is the Founder of Learn Robotics. She holds a B.S. in Robotics Engineering from WPI. Liz has a multitude of robotics experiences ranging from being a Robotics Researcher at UPenn, Instructor at MIT, and Automation Engineer for United Technologies. Liz writes technical tutorials and creates automation courses that anyone can follow. Her tips and tricks help engineers grow their careers. Liz has authored over 150 pieces of unique content on this site. You can support her work here. Learn more about Learn Robotics on our About Us page.
Posted in:
Electronics Tutorials