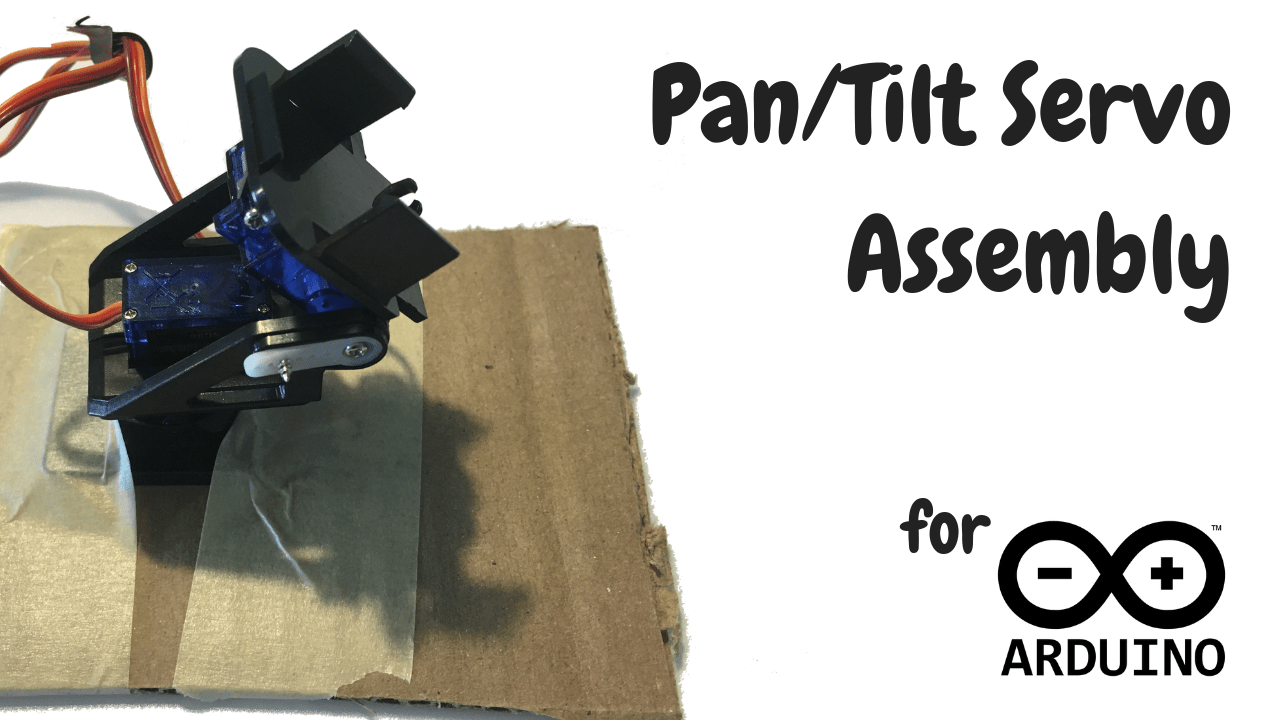 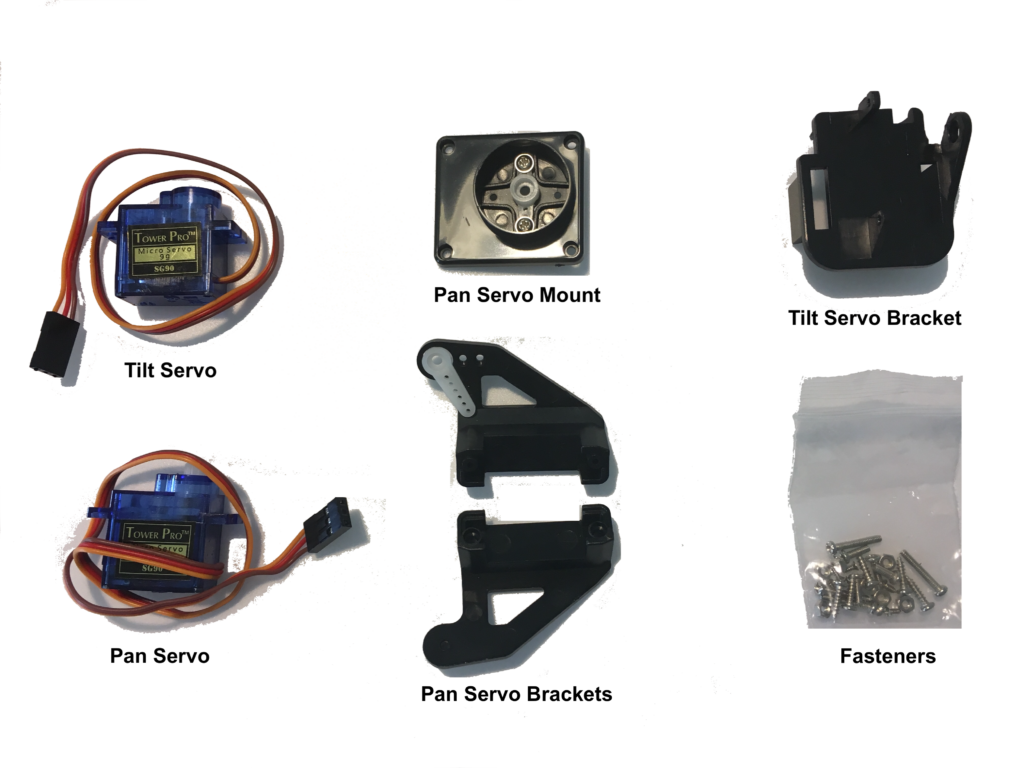 First, grab one of the servos and the pan servo bracket (without the white servo horn). We’re going to assemble the Tilt servo. You’ll also need two long screws and two nuts. 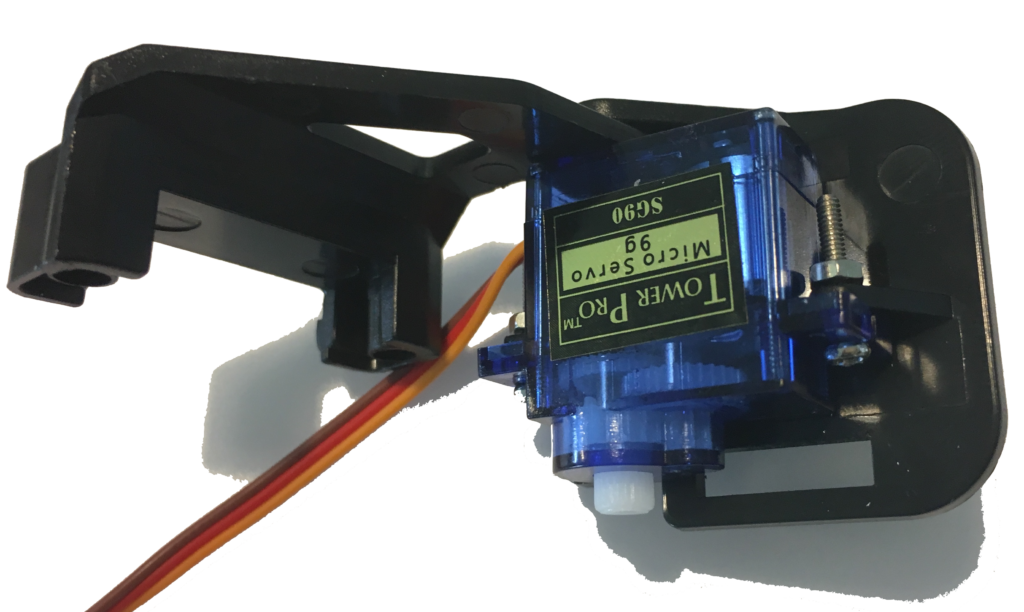 Next, grab the second Pan Bracket and attach the small servo horn. This horn will connect to the Tilt servo and allow the mechanism to tilt up & down. Here’s what it looks like assembled. 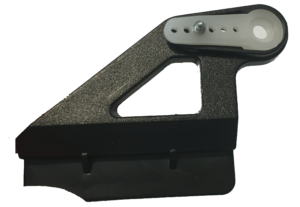 Also, the servo horn should be placed so that the Tilt servo can connect on the inside.

Grab the second (Pan) servo and the assembly from Step 1. put the servo vertically (facing down) inside the first Pan Bracket.

Then grab the second bracket and connect them together. It should be a snap or press fit. Connect the servo horn on the Pan Bracket to the Tilt Servo. You can fasten it down with a small screw, if desired.

This is what the assembly should look like when you’re finished with this step. 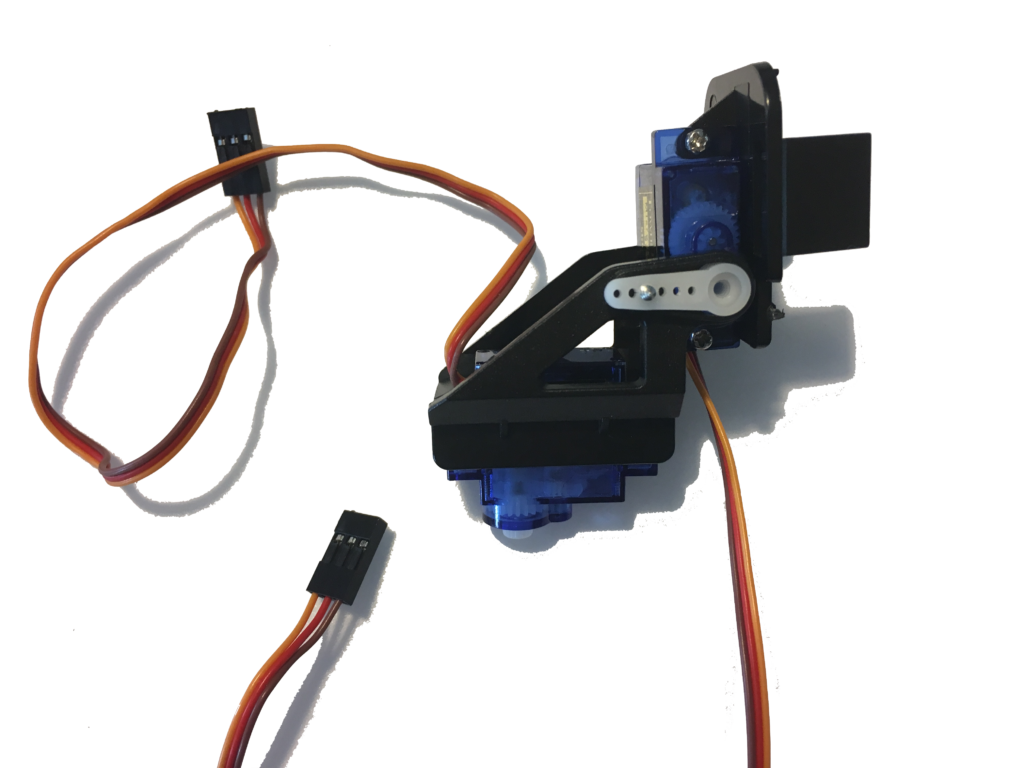 Step 3 – Mount the Pan Base to the Pan Servo

Lastly, connect the Pan Base to the pan servo. Depending on your kit, you may need to install a servo horn on the inside of the base. Verify this step has been done, then mount the base to the servo. 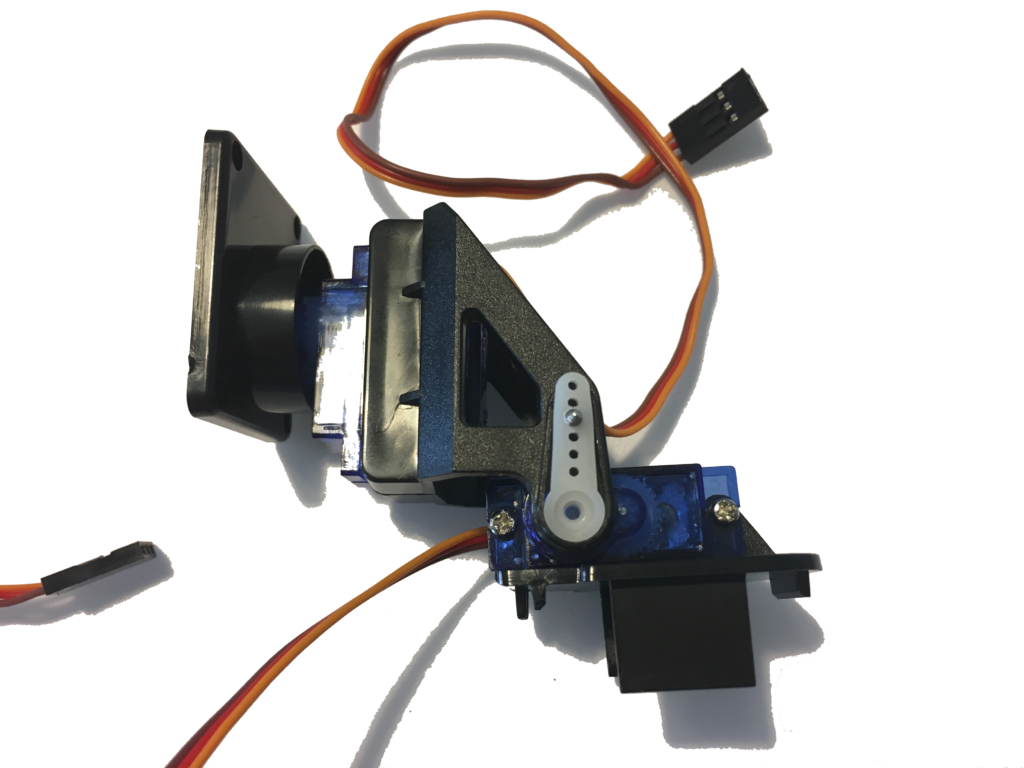 Finally, I chose to mount the pan/tilt servo assembly to a piece of cardboard for easy testing. You can choose to do this or proceed with your pan/tilt project! 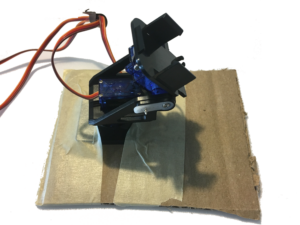 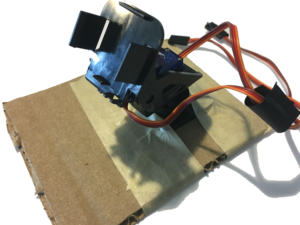 And that’s it! You’re now ready to use the pan/tilt assembly with Arduino. I’ll walk you through jog-control techniques in a future tutorial. If you need help getting started with Arduino, check out the Simple Guide to Arduino programming.

Liz MillerLiz is the Founder of Learn Robotics. She holds a B.S. in Robotics Engineering from WPI. Liz has a multitude of robotics experiences ranging from being a Robotics Researcher at UPenn, Instructor at MIT, and Automation Engineer for United Technologies. Liz writes technical tutorials and creates automation courses that anyone can follow. Her tips and tricks help engineers grow their careers. Liz has authored over 150 pieces of unique content on this site. You can support her work here. Learn more about Learn Robotics on our About Us page.
Posted in:
Premium, Robotics Tutorials
Tagged:
Arduino, circuits, electronics, robotics, servo motors