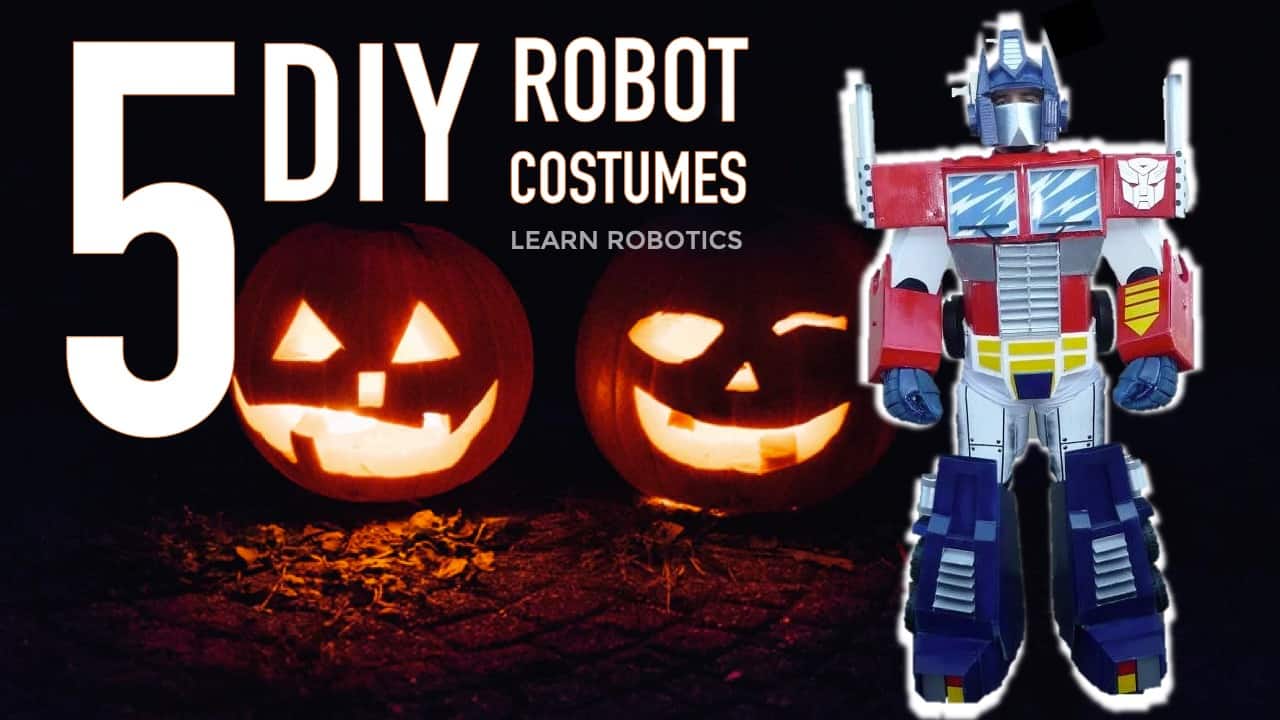 How is it already October? If you’re looking for inspiration this Halloween, then you’ll want to check out these DIY robot costumes. This list will give you ideas for kids’ robot costumes, cardboard robot costumes, and even robot costumes for women! So, if you ever wanted to be a robot, here’s the Optimus Prime opportunity! 😉

In this section, I’m going to share with you five DIY robot costume ideas that can inspire you to become one with the bots this Halloween. Let’s get started!

First on deck is the Optimus Prime DIY Cardboard Robot costume. There are many iterations of this character, but I wanted to point out a couple of options for kids and adults. 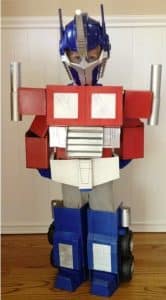 Does your kid want to be Optimus Prime for Halloween? Then you’ll want to check out this Optimus Prime costume made from cereal boxes, hot glue, and paint! Check out the full tutorial on Instructables.

This adult Optimus Prime costume was made with lots of Red and Gray Duct Tape, Cardboard, foam board, Spray Paint, and Velcro. It’s crazy to think that this costume only costs about $50. (Click here for the shopping list.) You can use a lot of recycled materials or find things around the house to re-purpose and keep costs down.

I think these robot costumes are WICKED COOL. Plan to spend the rest of the month creating your Optimus Prime costume if you want to include all the details.

A second option for robot costumes is to make a traditional cardboard robot and add some lights! You can even take it a step further and program LEDs with Arduino and have a battery-powered, working robot costume! 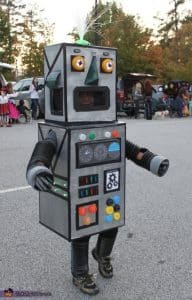 Most robot costumes are designed for the person wearing them. That way you have a truly customized costume for the type of robot you want to be! This robot uses a combination of dryer vents, bottle caps, cardboard, and paint. I think it’d be cool to draw out your robot and then create a 3D version of it as a Halloween costume. The possibilities are endless!

Tip: Shopping at Target? Then you’ll want to snag their REDcard credit or debit card and earn an extra 5% off every day.

Next, we have another awesome DIY tech costume: the Arduino Uno lady! Yep, that’s right. There are robotics costumes for women, and this one is probably the coolest on the list. The designer built an actual Arduino board into her costume, so all of the I/O work! 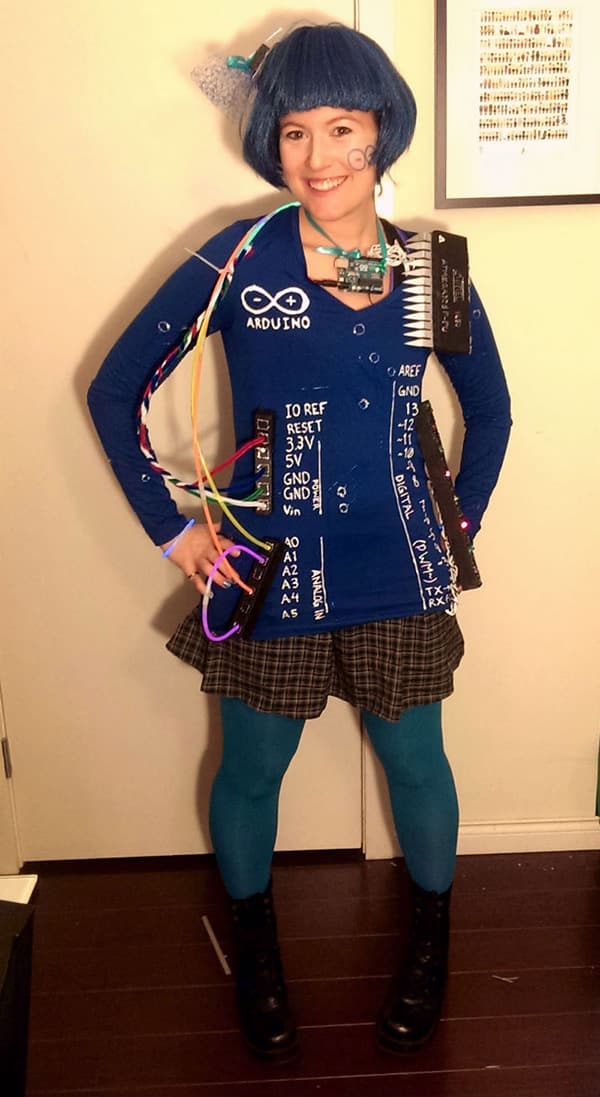 Pretty awesome, right?! If you’re looking for a costume that’s high-tech, fun, and functional, then this is a pretty cool option. On of the other hand, if wearing the Arduino Uno isn’t your thing, you could be like Edgar Park and create yourself a life-size Arduino Uno board. 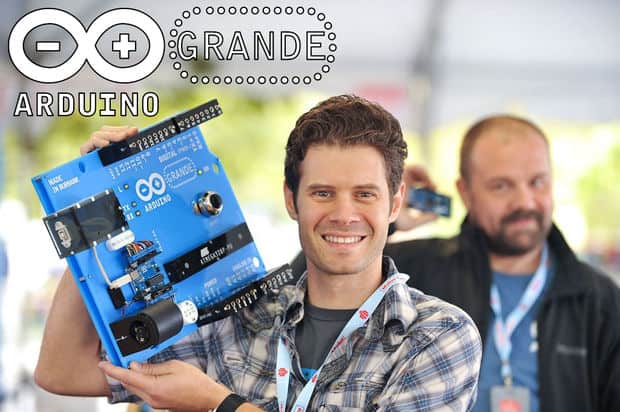 The Arduino Grande is an Arduino Uno replica that is 6X larger than the original version. Maybe you can go as a mad scientist and carry this bad-boy as your prop. Either way, you’re sure to have one of the coolest robotics costumes on the block!

If cardboard origami isn’t your thing, and you’re not looking to make an electronics project out of your Halloween costume, then you’ll appreciate this easy DIY robot costume for kids. 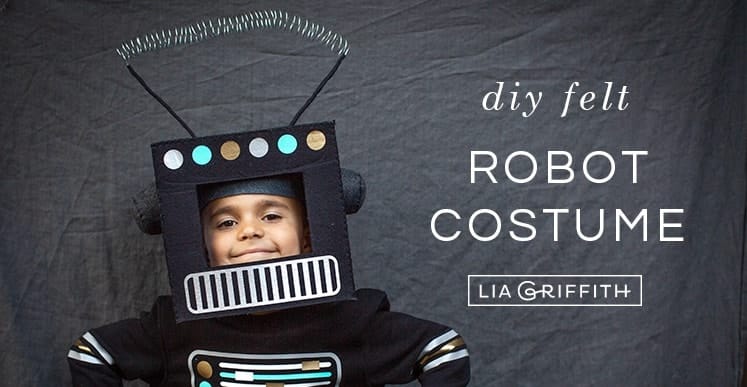 All you need is a black sweatshirt, black sweatpants, and some black felt. First, create the helmet out of a cardboard box and black felt. Then, add some designs using iron-on paper. Finally, top off the robot costume with some pipe cleaners for antennae.

Ready to create this costume? View the full tutorial on Lia Griffith’s website.

Last, but certainly not least, are the WALL-E and Eve robot costumes. These costumes are like pieces of art. 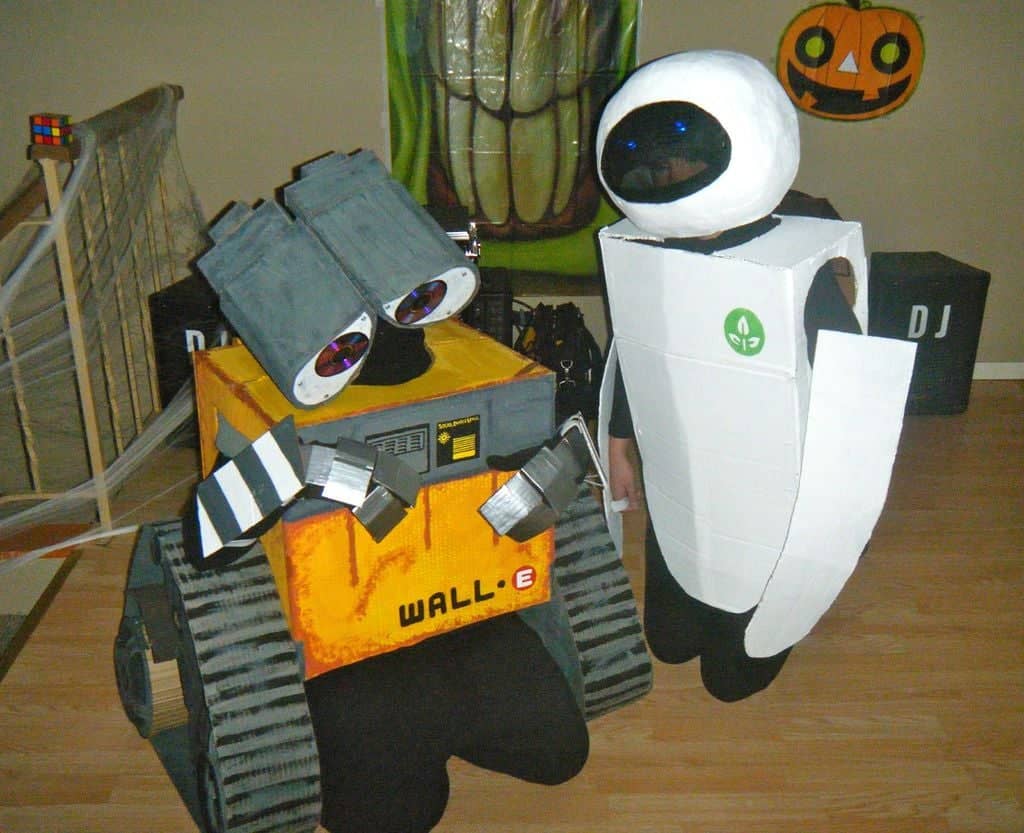 WALL-E and Eve were made from recyclable materials such as cardboard, CDs, and newspapers. The creator, pricanbeauty88, said the costumes took about a month and a half to make! Now that’s dedication. Find out more about how to build your replica WALL-E and Eve costume, here.

Once you have an idea for your robot costume, it’s time to get to work making it!

Some of these costumes are more complex than others, so I recommend starting early on your DIY robot costume venture. Other robotics costumes can be created in a day or less.

If you’re not up for the challenge of making your costume (or don’t have a crafty bone), you can always opt to purchase one.

Where to Buy Robot Costumes in 2019 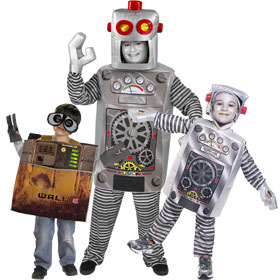 Furthermore, Walmart and Target have robot costumes for kids that won’t break your budget. Regardless of whether you make or purchase your robot costume, it’s sure to be a hit this Halloween.

Tip: If you’re looking to save even more money on your Halloween purchases, be sure to check out the cash-back program, Rakuten. Earn up to 10% cash-back and a $10 welcome bonus when you sign up.

Which robotics costume are you planning to make? Or did you make a cool costume? Let me know in the comments below!

And, most of all, Happy Halloween from Learn Robotics! For more spooky Halloween tutorials, check out my Scary Skull and Twitching Eyeball Pumpkin! They’re sure to knock your socks off!

Liz MillerLiz is the Founder of Learn Robotics. She holds a B.S. in Robotics Engineering from WPI. Liz has a multitude of robotics experiences ranging from being a Robotics Researcher at UPenn, Instructor at MIT, and Automation Engineer for United Technologies. Liz writes technical tutorials and creates automation courses that anyone can follow. Her tips and tricks help engineers grow their careers. Liz has authored over 150 pieces of unique content on this site. You can support her work here. Learn more about Learn Robotics on our About Us page.
Posted in:
Technology
Tagged:
diy, Halloween, holiday, robot