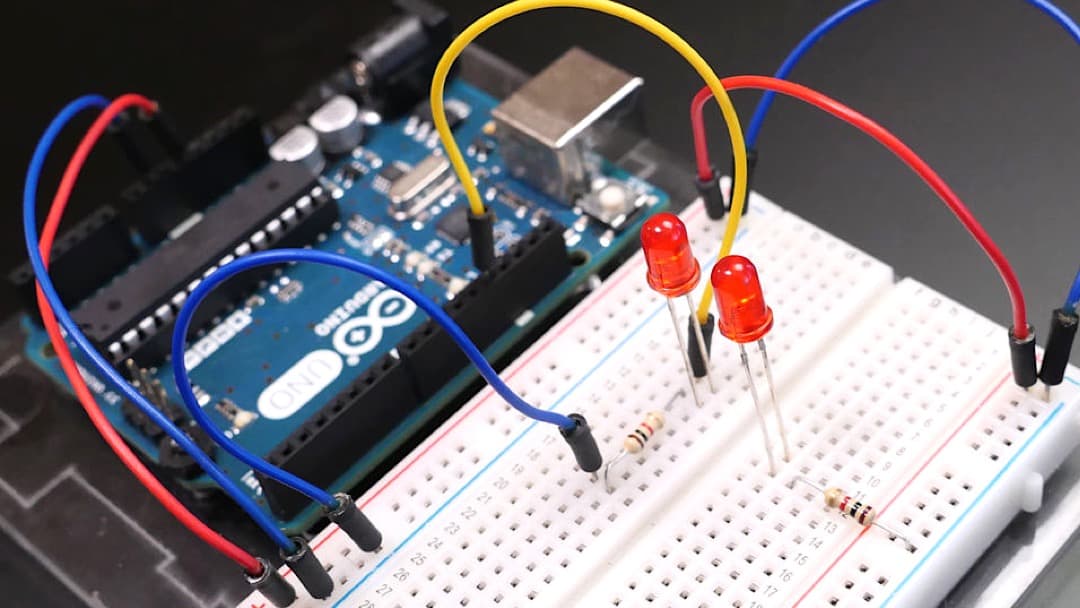 Once you have a grasp of Arduino and how to wire up a breadboard, it’s time to put your skills to use and build some projects. Whether you’re a maker, hobbyist or a student looking for an engineering capstone or final year project, you can use this list of Beginner Arduino projects for inspiration!

I’ve grouped these projects by category, to make them easier to find.

The epitome of Arduino is learning how to flash an LED. (Am I right?!) But beyond just sending a HIGH and LOW signal to a digital pin, you can add logic, additional outputs, and create some pretty cool sequences using Arduino and LEDs. I recommend checking out these projects first if you’re brand new to Arduino and want to practice your new skills.

Another Arduino Project for Beginners uses push-buttons and LEDs to record and playback a sequence. The concept behind this project can be used for Arduino games, Escape Rooms, or just to show off intermediate skills using Arrays, Debouncing, and Digital I/O. Here’s a quick demo video of the result.

View the full project here: How to Record a Push-Button Sequence with Arduino

In addition to the push-button sequence project, here are some additional projects using LEDs.

To use sensors with Arduino, you need to become familiar with how to interface them with Arduino digital and analog inputs. Most sensors have anywhere from two to four pins. Typically, sensors have three pins including ground, power, and signal. You can wire the sensor directly to the Arduino or set up your project on a breadboard.

This project uses an Arduino nano, a BME280 sensor, and an OLED display, along with a breadboard and jumpers to create a weather station. The BME280 sensor captures temperature, humidity, and pressure measurements and sends them to the Arduino via I2C.

Still Struggling with Arduino? Take the Arduino for Beginners course.

The third set of Arduino projects for beginners has to do with Bluetooth and communication protocols (Serial and WiFi). As a beginner, it’s important to learn how to use the on-board features of the Arduino. However, once you understand how to use sensors, the next step is to learn how to communicate with other devices. In these projects, you’ll explore ways to interface the Arduino with Python, Bluetooth Low Energy (BLE), and If This Then That (IFTTT).

This project sets the Arduino as a Serial device. Rather than using the Serial monitor to send a bit of data, you’ll use a Python script to write 1’s and 0’s to the Arduino. The Arduino will then turn on and off an LED. You can use this methodology as a starting point for more sophisticated Python projects to control Arduino hardware. 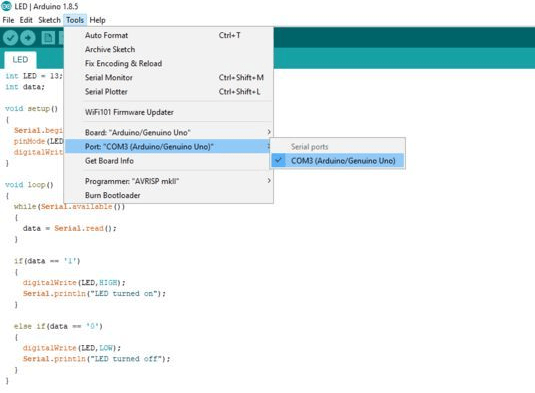 View the full project here: How to Control Arduino with Python

Check out these additional Arduino projects!

The last batch of projects interfaces the Arduino with both servo and DC motors. While you don’t need a motor controller to drive servos on the Arduino, you will need one for DC motors and stepper motors. I recommend the L298N or the L293D chips. If you plan on driving a bunch of servo motors, you may want to consider an I2C servo driver that has its clock. That way you don’t tie up the Arduino while you’re trying to process multiple signals.

Once you have a firm grasp on the fundamentals with Arduino, the next step is to work on more advanced topics such as Robotics or the Internet of Things. If you’re looking to get into the world of robotics, consider enrolling in my Build Arduino Robots course.

Then, share this page with a friend who enjoys working with Arduino!

Liz MillerLiz is the Founder of Learn Robotics. She holds a B.S. in Robotics Engineering from WPI. Liz has a multitude of robotics experiences ranging from being a Robotics Researcher at UPenn, Instructor at MIT, and Automation Engineer for United Technologies. Liz writes technical tutorials and creates automation courses that anyone can follow. Her tips and tricks help engineers grow their careers. Liz has authored over 150 pieces of unique content on this site. You can support her work here. Learn more about Learn Robotics on our About Us page.
Posted in:
List of Projects
Tagged:
Arduino, breadboard, circuits, electronics, projects