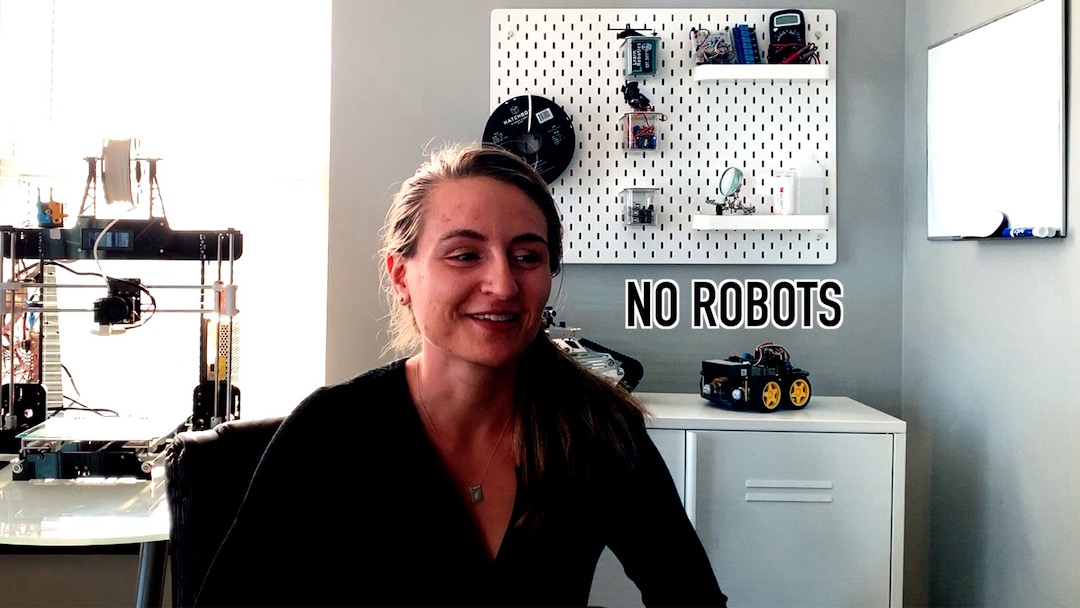 It’s crazy to think that I’ve written over 120+ articles for Learn Robotics on a variety of tech subjects.

And while I don’t usually write about myself, and Learn Robotics isn’t a blog about me, this article is an attempt to be more personal with you.

So who is Liz from Learn Robotics? It’s no surprise you can’t answer that question.

I mean honestly, a list of 26 things probably won’t enlighten you to exactly who I am, but I think it’s a start. That’s what counts, right?

Without further ado, here are 26 things non-robotics related things about me. I picked the number 26 because I’m 26 years old. I tried to place these random facts into categories to make it easier to read.

Ready to jump into it?

If music be the food of love, play on. Here are all the non-robotics things related to music.

1. I grew up playing piano and the Alto Saxophone. I don’t play much anymore, but I used to be pretty good. 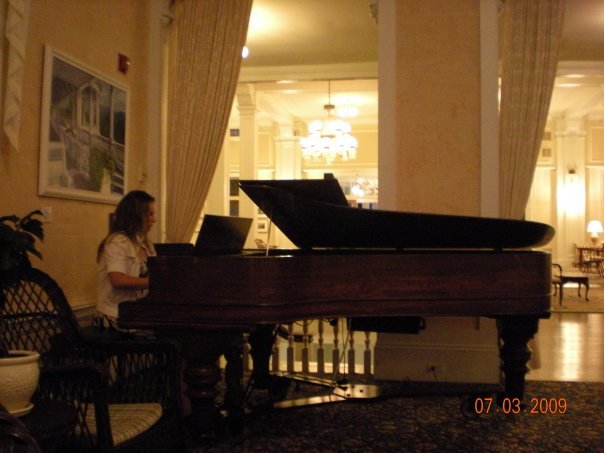 2. Soundcloud > Spotify but more recently, I’ve been listening to Pandora.

3. In high school, I was a big Rock & Alternative Fan. Then in college, my interests shifted to Country. Now, I listen to a lot of new EDM.

I’m by no means a foodie, but there are some food things I enjoy!

4. I eat a lot of rice bowls and fajitas. Like more than anyone would want to admit they eat in a week. But it’s simple, has good nutrients, and I enjoy it. 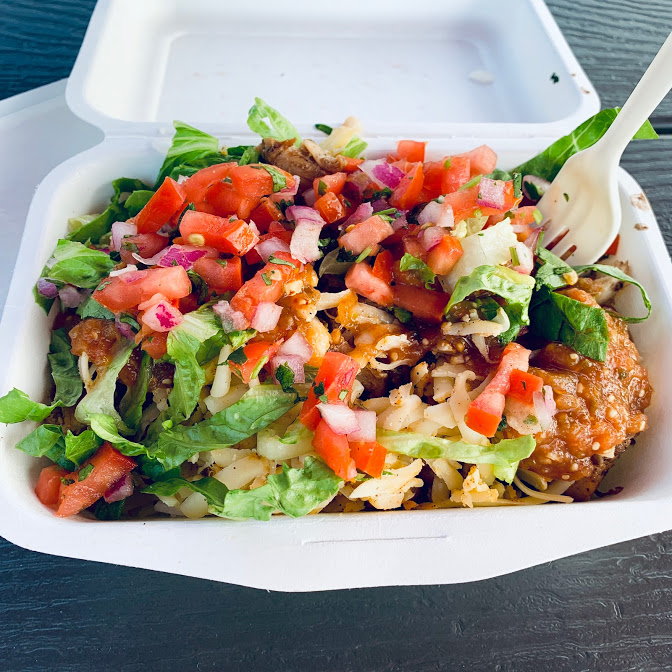 6. Growing up, I used to enjoy cooking and baking, but I don’t enjoy it much anymore.

7. I am a coffee fiend. Drip, pour-over, cold brew, you name it! And yes, I take my coffee black. 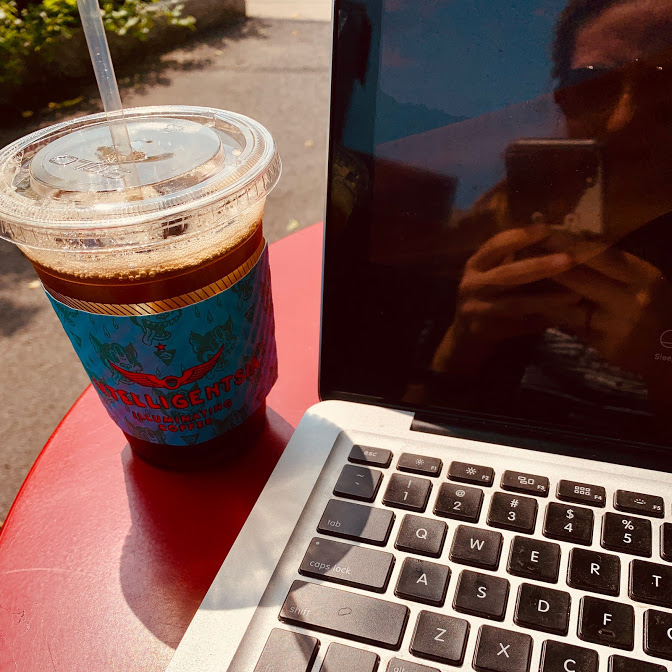 A subtle reminder to fill up my cup.

I grew up playing sports and am a firm believer in living an active lifestyle. Here are all the non-robotics things related to sports and fitness.

9. And with fitness comes all these weird habits. One of those habits is that I weigh myself most mornings. Not because I’m paranoid, but because I enjoy collecting data and measuring progress.

Ad: Want to start monitoring your weight? Save 24% on this Smart Scale.

10. I am an avid Boston Sports fan. Go Bruins, Patriots, and Red Sox! 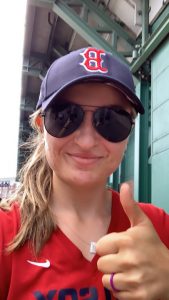 This section hosts all the non-robotics things related to traveling, living in different places, and moving. 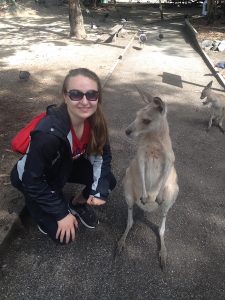 13. I’ve lived in seven different states across the United States in less than three years: Massachusetts, Connecticut, Pennsylvania, Arizona, Indiana, Georgia, and Florida. Most moves were longer than five months. I’m pretty sure I’m a professional mover at this point.

14. I enjoy living in warmer climates than colder climates.

15. But, I also enjoy the late summers in the midwest. It’s crazy that the sun doesn’t set until like 9:15 pm in the summertime.

16. I drive a Jeep Wrangler. And yes, it’s every bit of cool as you might think it is.

17 I’m on Team iPhone. I won’t be changing any time soon, either. 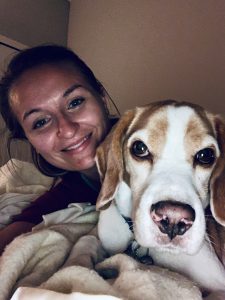 19. I have a double helix piercing on my left ear. It was a rash decision that I don’t regret one drop.

21. I don’t have the attention span to watch movies, but I will watch TV shows. Lately, I’ve been enjoying 9-1-1, Chicago Fire/Med/PD, The Rookie, and A Million Little Things.

22. Despite taking Spanish classes throughout high school and into college, I can’t speak Spanish at all.

23. I was in a sorority in college: Chi Omega. I’m not a “sorority girl,” but somehow managed to get an invite.

24. I’m an introvert. Myers-Briggs declared me an INTJ. I’d much rather work alone or in smaller groups than entertain a crowd.

25. I enjoy wearing baseball hats! But, even though I own a lot of hats, there are less than a handful of hats I wear consistently. 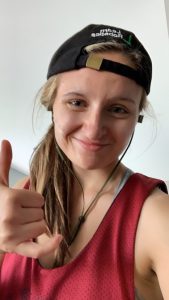 26. And lastly, I was the first person in my family to attend a four-year college.

What else can I say…

Which of these 26 non-robotics related things resonate with you? Feel free to comment below and let me know what you think of this article.

You can also reply by introducing yourself (if you want!).

Liz MillerLiz is the Founder of Learn Robotics. She holds a B.S. in Robotics Engineering from WPI. Liz has a multitude of robotics experiences ranging from being a Robotics Researcher at UPenn, Instructor at MIT, and Automation Engineer for United Technologies. Liz writes technical tutorials and creates automation courses that anyone can follow. Her tips and tricks help engineers grow their careers. Liz has authored over 150 pieces of unique content on this site. You can support her work here. Learn more about Learn Robotics on our About Us page.
Posted in:
Best in Robotics
Tagged:
community, hobby, personal development

Thanks for dropping by! Comments are no longer moderated daily.
Before posting your comment, please consider buying me a coffee. If you need immediate support, you can schedule an appointment. Providing customized information for your individual scenario takes a lot of my time. I’m happy to help, but I can no longer provide individualized advice pro bono.
Thank you for understanding.

Get tips and strategies for gaining Robotics Skills.

Success! Check your inbox for a special update.

Designed for all backgrounds